I am an electronics engineer, this is my speciality but I enjoy experimenting with all kinds of making including 3D printing. I am an active member at Teesside Hackspace, a community run workshop where we make all kinds of weird and wonderful inventions. My involvement with little makers has been a collaboration with fellow Teesside Hackspace member Chris Corbett.

Dropping seeds over the Yorkshire Moors

A highlight of the project was when we filmed the drone on top of the north yorkshire moors, it was a windy day but we persevered. We wanted to get a video from another drone of the seed dropper in action. The wind, and some other technical hitches we had encountered, made us doubt we would achieve that shot, but it all came together in the end and the seed dropper flew over the moors whilst being followed by the video drone and released its seed pods on cue.

The use of 3D printing was a tremendous help for the project, 3D printing meant we could turn the computer drawing into a real functional part in just a few clicks. Although the Hackspace was closed for the pandemic, Chris has 3D printers at home so we were still able to produce the drone parts.

Making sure the parts fit

The use of CAD was a great tool for the project, it meant we could be sure all the parts would fit together before we made it and meant assembly went smoothly. 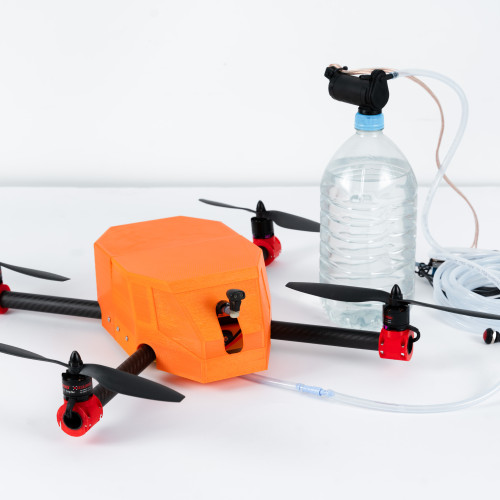 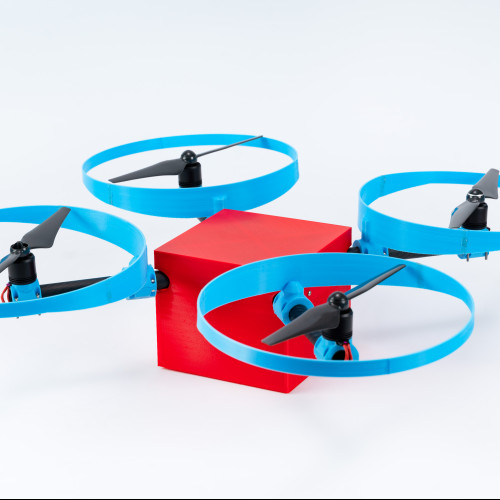